The main reason for the mass transition of the user from the usual models to refrigerators with the system «No frost» was the lack of the procedure of defrosting compartments. In older versions, the difference between the temperature inside and outside naturally caused condensation on the walls of the chamber. Moisture froze and significantly affected the operation of the device. In order to get rid of the ice build – up should turn off the refrigerator, unload all the products, wait until the ice melts and flows into the tray-at least an hour, wash the shelves and walls and re-place the products. 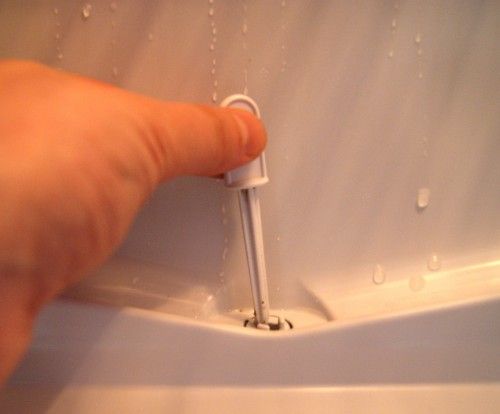 Drip defrost system
Modern models do not need such tedious maintenance procedures. It is arranged thus: on the back of the refrigerator is the evaporator element for cooling. In the refrigeration compartment, the temperature is kept in the range from +3 to +8 C.

When the compressor is running, the temperature of the evaporator surface, and, hence, the rear wall of the chamber, becomes lower, and the resulting temperature difference provokes the loss of condensate.

Once the compressor is turned off, the chamber surface heats up and the condensate flows down into the drain hole. Through the tube, the water goes into the water collector, which is located above the compressor, and evaporates naturally. 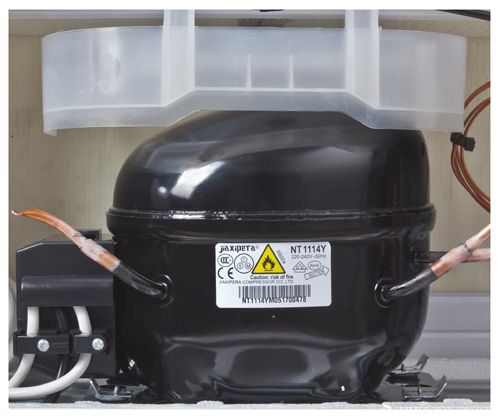 The work of the drip system is cyclical, and the operation of the refrigerator in the normal mode, the formation and withdrawal of condensate are hardly noticeable.

As a rule, only traces of drips are visible, which are easily removed. If the camera is operating in an unusual mode, or too warm products are placed in it, the condensate will be released more intensively and can be seen. In the photo – moisture on the walls of the refrigerator.

The causes of condensation and solutions
The need for any action arises when it is no longer about traces, and the accumulation of water on the walls.

Violation of rules
For optimum performance of the refrigerator is necessary to observe certain rules of operation. Despite their simplicity, but rather because of this, these requirements are often not met.

The most common violations are:

storage of liquid products without a lid-there is an intense evaporation of the liquid, leading to the formation of abundant condensate;
storage of too warm products-in the chamber there is an additional surface with a large difference in temperature, which leads to the accumulation of moisture;
excessively low temperature in the compartment-also provokes the release of condensate, as the temperature decreases and the humidity;
the door of the refrigerator remains open or loosely covered for a long time – the compressor is forced to work in freezing mode much longer than required. As a result, the difference between the temperature of the rear wall and the air in the chamber becomes much larger. 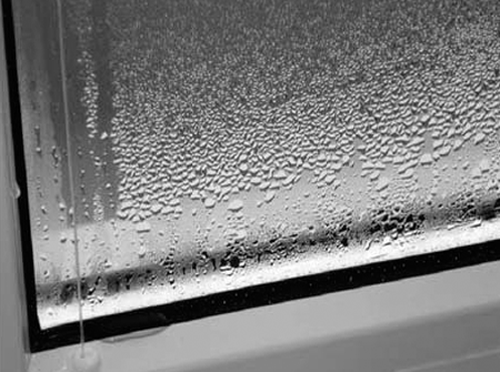 The described phenomena are short-term, non-permanent. After the mechanical elimination of the cause, the formation of excessive condensate stops.

Clogging of drainage
In this case, the water returns to the chamber, accumulates at the bottom, partially evaporates during defrosting and is again deposited on the surfaces. There can be two reasons:

clogging of the drainage holes in critical cases it is possible to observe how the water comes out of the hole on the bottom of the water tray;

clogging of the tube is not visually detected, but if attempts to clean the drain did not bring the desired result, then most likely it is in a clogged tube.

Accompanied by the phenomenon of accumulation of water not only on the back wall, but also on the shelves and stored products. First of all, you should check the serviceability of the drain, and if there is no blockage, pay attention to the refrigerator door.

It should fit snugly to the camera. A good level of sealing is achieved due to the seal located on the perimeter of the leaf.

The latter is placed evenly, without «waves», distortions and even more gaps.

If integrity is violated, cracks are formed, sealing is broken, and cold air inside the compartment is not retained.

What to do when damage is detected:

if the seal is located in a special slot, not torn, but only came out of the channel, it should simply be placed back. It is recommended to use a Hairdryer — with a little heating, the material is easily stretched and occupies the same place;
if the material is destroyed-especially at the corners of the door, or fixed with screws, it is necessary to completely remove the old seal and replace with a new one.